1. The end of Nature

2. Trends and frontiers in Physics

3. Physics at the core of Technology

4. Paths and ways for a graduate in Physics

Abstract: Classical thermodynamics is centrally concerned with the energy inputs and outputs of thermodynamic machines, neglecting the contribution of the machine itself to the process. This neglect necessarily has to be addressed when the output of the (generalised) thermodynamic machine is itself the building of (generalised) machines, of the which the paramount examples are growing organisms and economies. We present a unified framework to deal with these situations and how this framework solves important puzzles regarding both organisms and economies.

Extreme-light laser is a universal source providing a vast range of high energy radiations and particles along with the highest field, highest pressure, temperature and acceleration. It offers the possibility to shed light on some of the remaining unanswered questions in fundamental physics like the genesis of cosmic rays with energies in excess of 1020 eV or the loss of information in black-holes. Using wake-field acceleration some of these fundamental questions could be studied in the laboratory. In addition extreme-light makes possible the study of the structure of vacuum and particle production in "empty" space which is one of the field’s ultimate goal, reaching into the fundamental QED and possibly QCD regimes.

Looking beyond today’s intensity horizon, we will introduce a new concept that could make possible the generation of attosecond-zeptosecond high energy coherent pulse, de facto in x-ray domain, opening at the Schwinger level, the zettawatt, and PeV regime; the next chapter of laser-matter interaction. 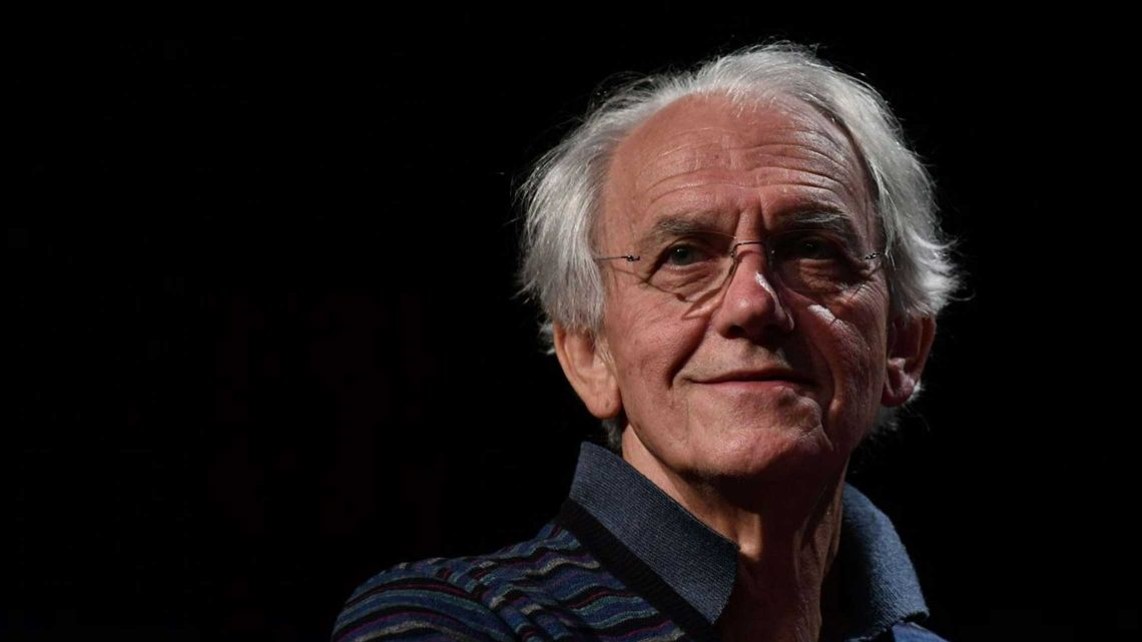 Paulo Rodrigues is a researcher fellow at IPFN. He holds a PhD in Physics from the Technical University of Lisbon (2012) and was awarded a two-year EUROfusion Researcher Grant in 2014. Besides basic plasma physics and nuclear fusion theory, his research interests include magnetohydrodynamic (MHD) theory in general, magnetic equilibrium, Alfvén-waves and Alfvénic turbulence, along with energetic-particle dynamics in complex magnetic fields. Other research topics include advanced computational-physics applications, mainly within the kinetic-theory framework, and the use of large-scale simulations to push forward the present understanding of wave-particle interactions in plasmas. 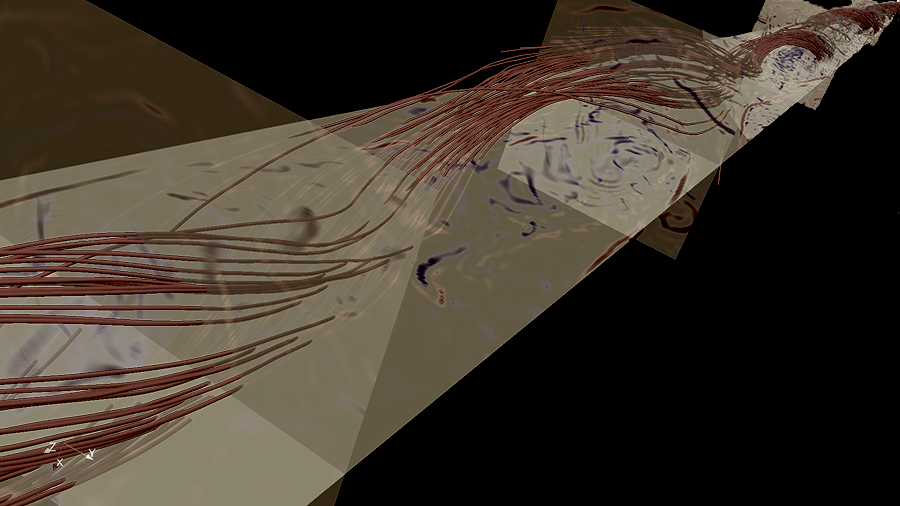 "How to Invest like a physicist: the quantitative approach to finance"

In his previous life, Fábio Rocha was a physicist, having studied at Universidade do Porto and done his PhD at Princeton University. In 2010, he switched to finance, initially as a high-frequency trader at Tradeworx and more recently developing quantitative investment strategies at Blueshift AM. In the summer of 2018, he moved to Lisbon to open the first international office for Blueshift (we are hiring!). 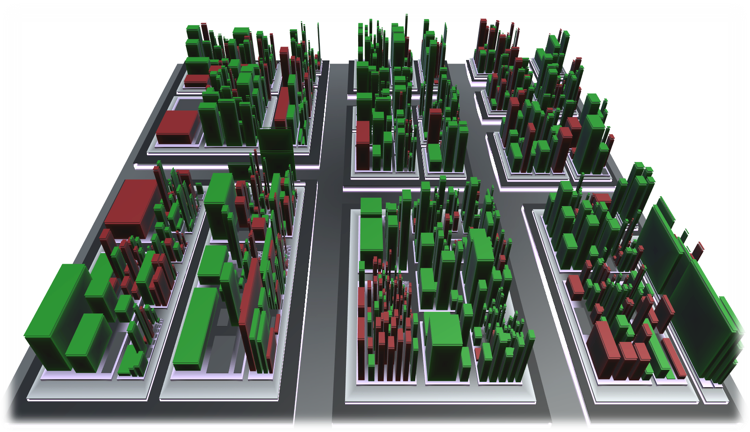 In the presence of a strong magnetic field, and for an integer filling of the Landau levels, Coulomb interactions favor a ferromagnetic ground-state.

It has been known for a few decades already, both theoretically and experimentally, that when extra charges are added or removed to such systems, the ferromagnetic state becomes unstable and is replaced

by smooth spin textures called Skyrmions. This field, which has a strong topological flavor, has been revitalized by the discovery of graphene.

I will outline the key concepts and some recent developments. 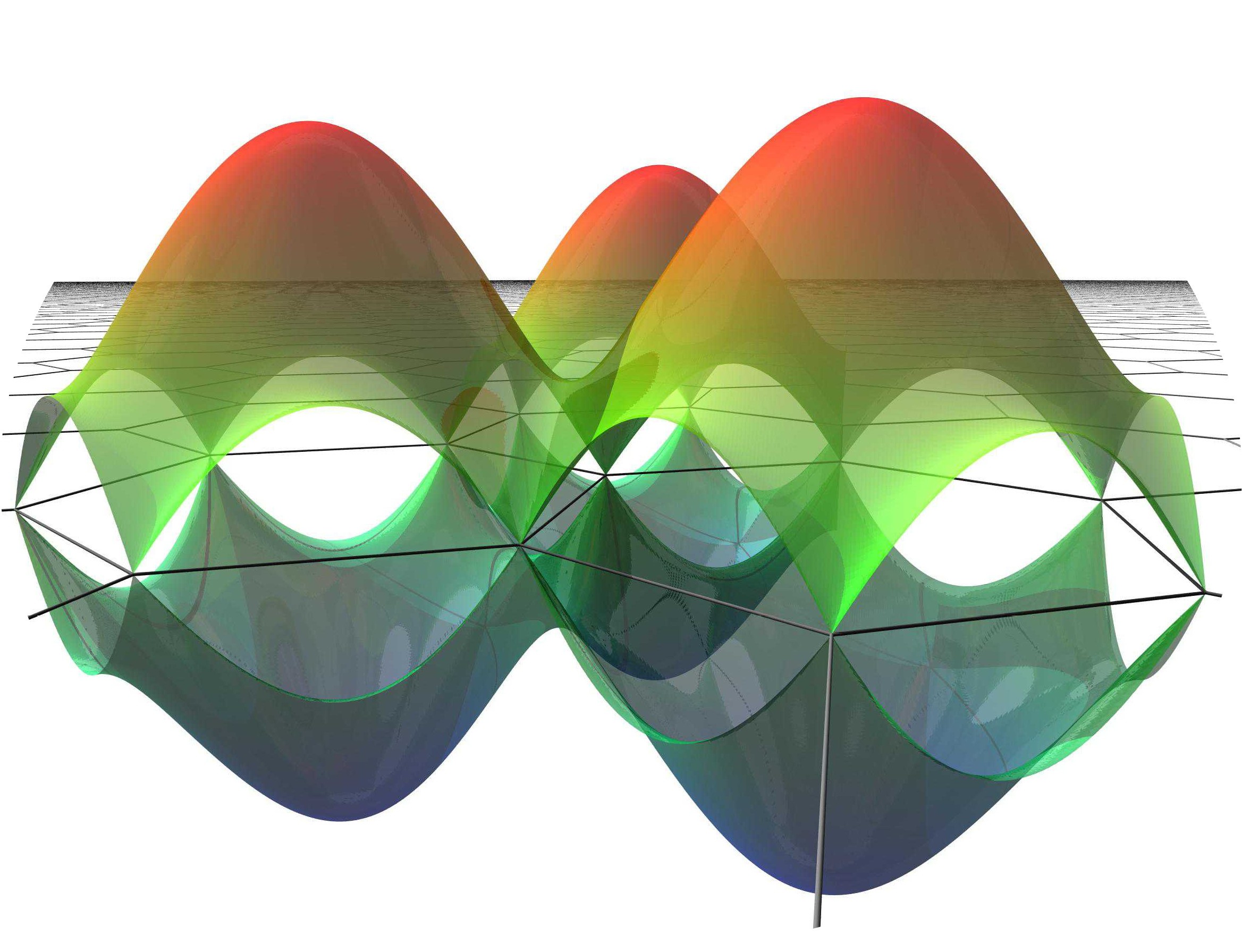 "The Higgs boson: what do we know about it?"

The search for the Higgs boson motivated the construction of the Large Hadron Collider (LHC) at CERN and its two main experiments, ATLAS and CMS. It is the particle responsible for the mass of the fermions and bosons, and a fundamental element of the Standard Model of Particle Physics. After more than forty years of searches, its discovery, announced by the ATLAS and CMS collaborations in July 2012, was a major event and motivated the Nobel prize attributed to Peter Higgs and François Englert in 2013. But, what has happened afterwards? Do we know everything we need to know about this particle? Can the Higgs boson provide answers to some of the important questions in Particle Physics today?

This talk will provide an overview of why is the Higgs boson so important, how do we measure its properties, what we know about it and what we still want to know. 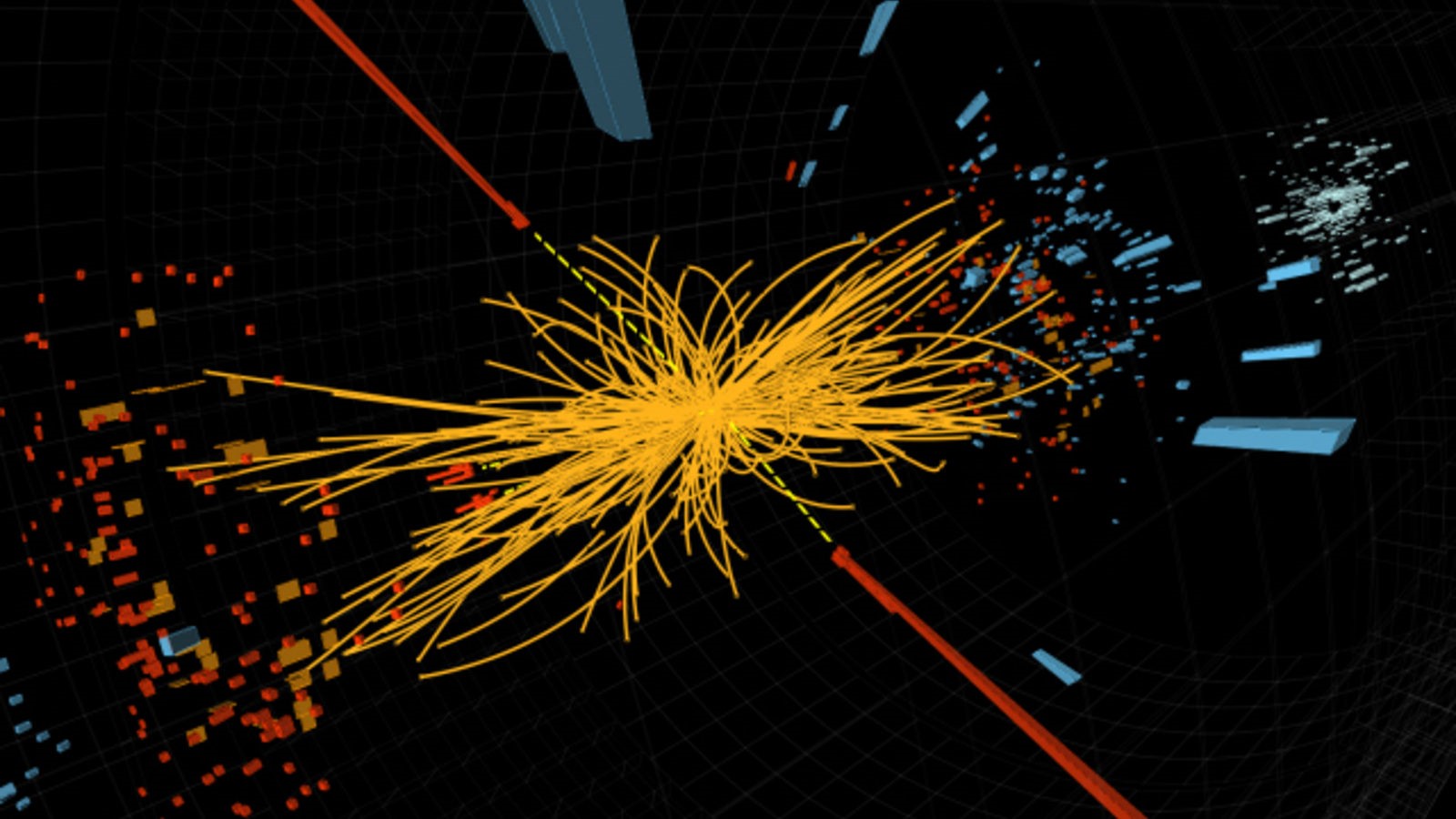 "Shine a light! When matter shatters"*

What happens when gold nuclei, accelerated to about 90% of the speed of light, strike gold nuclei at rest? For an extremely short time, t~10^-23 seconds, states of matter at extreme temperatures (10^12 K) and densities (>280 Mton/cm3) are produced. The possibility to form and explore in the laboratory strongly interacting matter under conditions similar to those realized a few microseconds after the ”Big Bang”, or still existing today in the interior of compact stellar objects is truly fascinating.

Virtual photons, the generalized form of electromagnetic radiation, materialize after short time by formation of a pair of charged leptons, e.g. an electron and a positron. Throughout the course of a heavy-ion collision such photons offer the unique opportunity to directly monitor “Roentgen-images” (in-medium electromagnetic spectral functions) and to measure “Planck-like-spectra” (temperature of the emitting source) of strongly interacting matter.

This talk will discuss important experimental results on emissivity of matter obtained so far at various facilities. A deeper understanding of the microscopic origin of the excess radiation requires systematic investigation of di-electron radiation emitted from baryonic resonances produced off protons in pion-induced reactions. These are studied in HADES at GSI making use of pion beams. 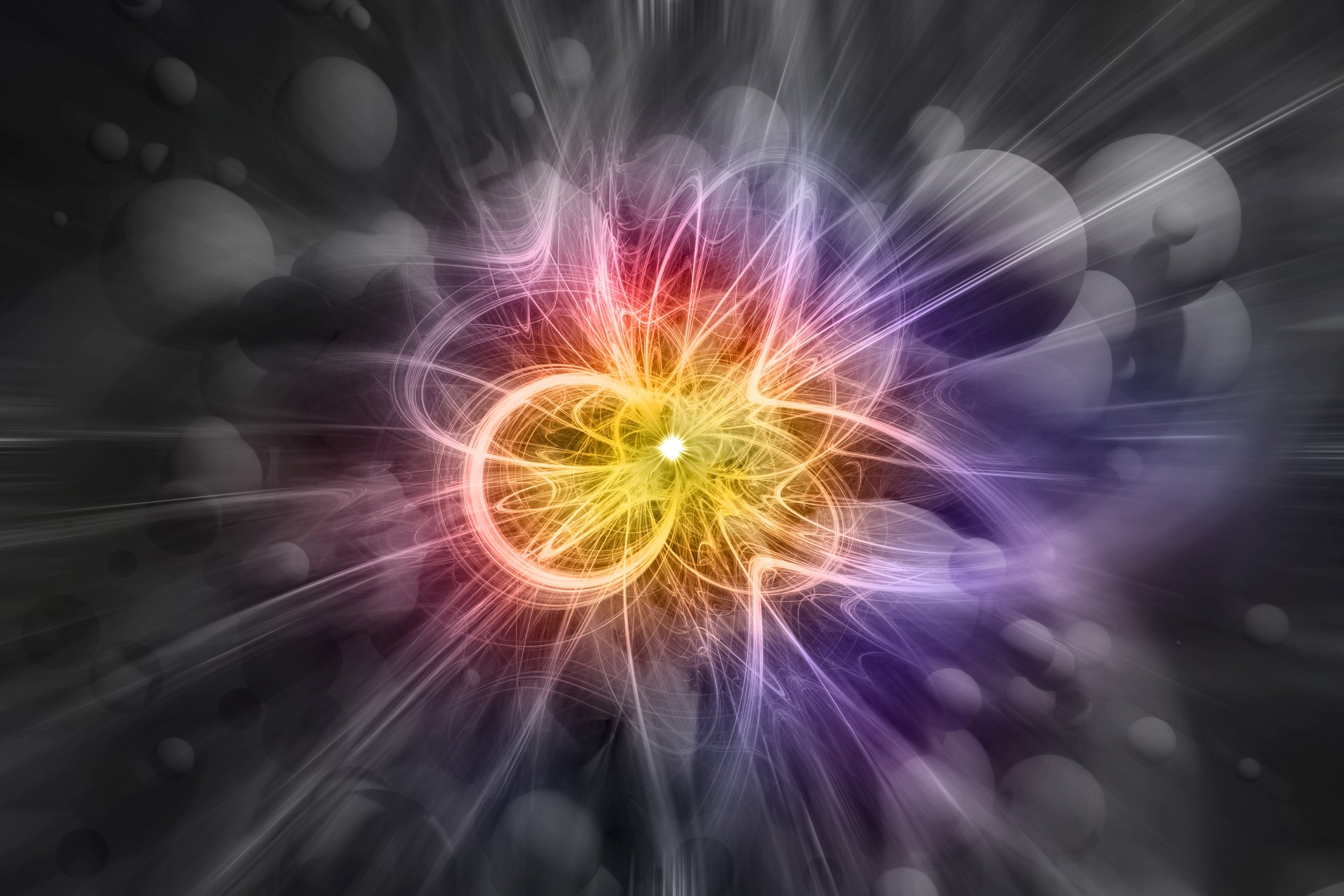 1. The end of Nature

2. Trends and frontiers in Physics

3. Physics at the core of Technology

4. Paths and ways for a graduate in Physics

"The Highest-Energy Particles in Nature: what they tell us about astrophysics and particle physics"

It is over 45 years since it was discovered that cosmic rays exist with energies greater than 1 Joule. We now know the energy spectrum and arrival-direction distribution of these very energetic particles in considerable detail up to energies some 16 times greater (~1020 eV) and are beginning to get insights as to how their mean mass changes with energy. I will describe the studies of these topics, largely made using the Pierre Auger Observatory, and will say something about the astrophysical implications of the measurements.

We are hampered in deducing more about the mass of the highest-energy particles by our lack of knowledge of hadronic interactions, particularly pion interactions, at centre-of-mass energies well beyond those reached at the LHC. As our contribution to elucidating these difficulties, we have measured the proton-air cross-section at a centre-of-mass energy of 57 TeV and have established that showers contain more muons than predicted by extrapolation of models rooted in LHC measurements. 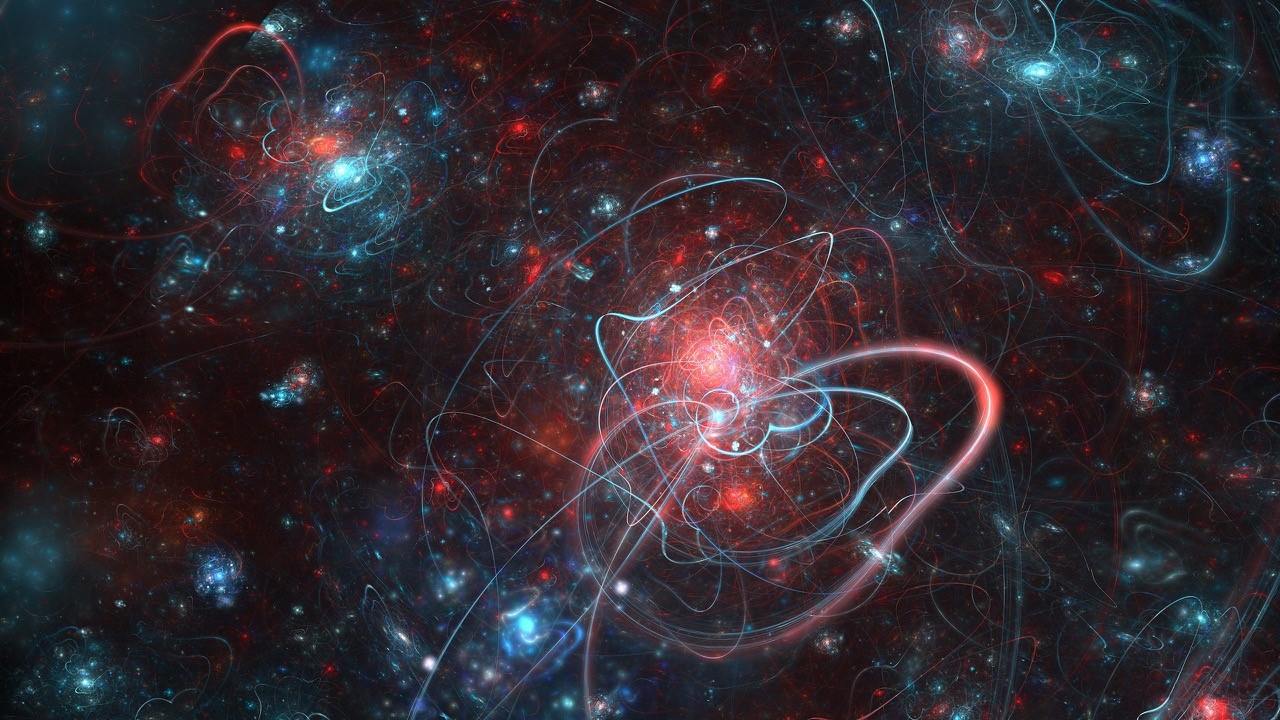 The Kerr hypothesis is that astrophysical black hole candidates are very special objects, with only two degrees of freedom and well described by the Kerr metric. Theoretically, this hypothesis is based on the uniqueness theorems for electro-vacuum. But in the presence of other types of matter or modified gravity are there any viable alternatives? In this talk I will illustrate obstructions to the existence of non-Kerr black holes, known as no-hair theorems, but also provide some examples of black holes with "hair", commenting on their theoretical and phenomenological differences (e.g. shadows) and on their phenomenological viability.

Radiation therapeutic physicists work primarily in radiation oncology hospital departments, which specialize in cancer care. Radiation therapy (RT) is the most common treatment for cancer, being used in approximately 70% of all cancers either alone or combined with surgery or chemotherapy. It uses high-energy particles or waves, such as x-rays, gamma rays, electron beams, protons, carbon ions, to "kill" or "damage" cancer cells. There is a growing interest in the use of ion-beams (protons, carbon ions) for cancer therapy. The principal benefit of ion-beams are there finite range (or depth) in tissue, known as Bragg peak, where a significant amount of the radiation is deposited at the end of the track where the ions stop. The talk focuses on providing an understanding of how particle beams are used to treat cancer. 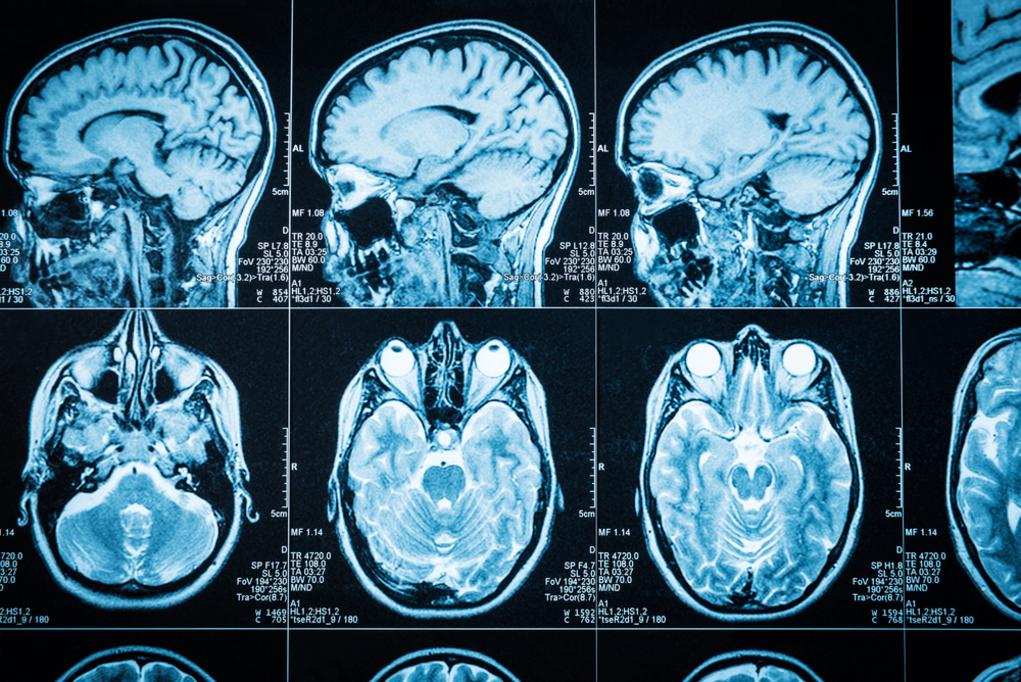 "Extreme science with extreme lasers: the Nobel Prize in Physics 2018" 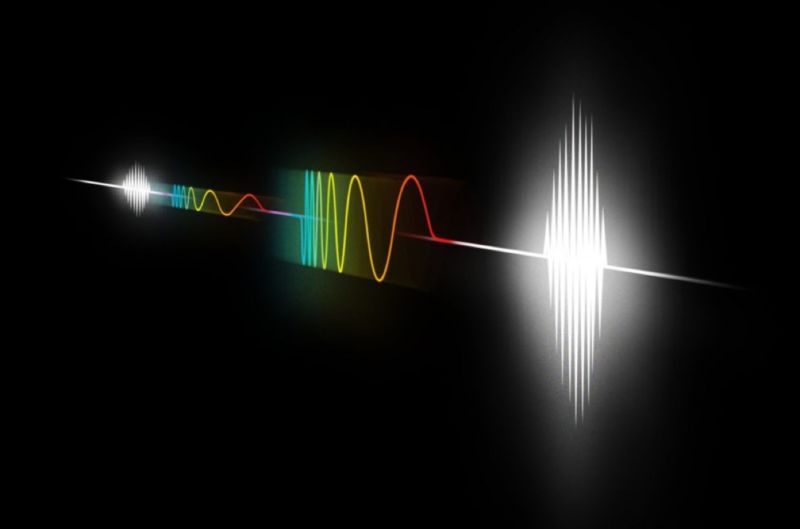 The observation of gravitational waves from coalescing binary black holes and a binary neutron star with LIGO and Virgo detectors is providing us, for the first time, the opportunity to unveil the nature of gravity and matter under extreme conditions. After reviewing the theoretical groundwork that allows us to identify and interpret those gravitational-wave signals, I will discuss which information about dynamical gravity, the nature of compact objects, and fundamental physics the new astronomical messengers are disclosing. I will also highlight some theoretical challenges in the solution of the two-body problem in General Relativity that would need to be addressed and solved to take full advantage of the discovery potential of future, more sensitive gravitational-wave detectors on the ground and in space.

Just as Portuguese explorers of the Age of Discoveries were sailing to open ocean in search for new overseas lands, the present-day particle physicists are exploring the subatomic world, building bigger and better colliders and sailing beyond the borders of the present knowledge. There exist numerous tantalizing hints of existence of the so-called New Physics, a new description of the subatomic world which would go deeper than the well-established Standard Model.

Theorists have proposed hundreds of forms the New Physics can take, — and CFTP actively participates in this quest, — but without a direct experimental discovery, we do not know which one corresponds to our world.

I will accompany you through the history of New Physics searches at the LHC, summarize the present situation, and outline future plans, which already extend well into 2040's. 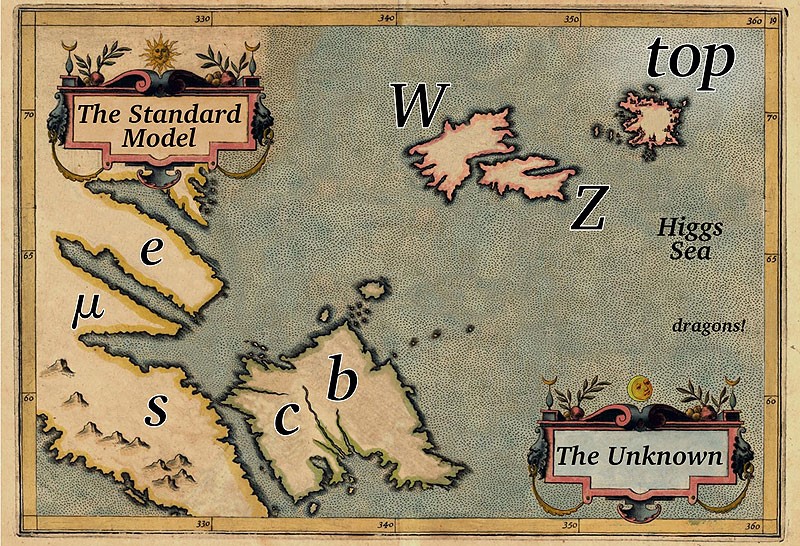 "CO2 plasma: From solar fuels to oxygen production on Mars"

There is a renewed interest on CO2 plasmas nowadays, as their activation by selective excitation of the asymmetric stretching vibrational mode may enhance dissociation and favour CO2 conversion at a low energy cost.

This CO2 reforming process takes advantadge of the so-called vibrational (V-V) up-pumping mechanism and can be tuned to the production of solar fuels on Earth or to the oxygen and rocket fuel production on Mars.

The current status of research on Earth and the similarities and differences with the application to Mars are discussed. 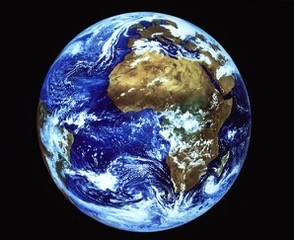